"Despite being almost petrified by fear, I managed to escape... I'm the worst person you'll ever meet."

Victor Frankenstein is a researcher who once had ties to the British Government. Though his knowledge and intelligence are unrivaled, he is genuinely humble and self-deprecating. In addition to being very sociable, he is easily swayed by others. After an unfortunate series of events, he is now a wanted criminal.[1]

He is one of the five characters the player can choose to pursue in the game as Cardia.

He is also voiced by Tetsuya Kakihara in Japanese and Micah Solusod in English.

Victor wears a white lab coat, that is open with the sleeves rolled up. He also wears a light green sweater with a single black and white stripe around the cuffs of his sleeves and a black ribbon around his neck as well as golden headphones connected to a stethoscope. A brown vest with gold buttons is also visible and has a brown stripe at the bottom of his sweater with a decorative golden buckle towards the left side. He wears brown gloves the one on his right hand including a forearm guard that's shaped like a gear and has two buckles.

Victor wears tight and very light brown pants with a dark belt like object wrapped around his right leg that also has two buckles. Finally, he has dark brown boots that are laced with a golden buckle at the top. The boots are always open around the shin area revealing the light green lining inside of them.

Victor is a humble, sweet and gentle-hearted man. Despite being very intelligent, especially in the field of alchemy, he is shown to be very self-deprecating with very low self esteem. Victor is also shown to be very self-sacrificing and in one of the chapters he attempts to give himself up in order to save Cardia and the other characters from being harmed by the British Government.

Despite his fragile, gentle appearance, Victor is very capable in a fight and can for the most part fend for himself. Even though he can defend himself well, he is shown to be the peace keeper throughout the game, frequently stopping fights from breaking out amongst the group and caring for their wounds when they are injured. He is the most nonviolent one, and is for the most part pretty calm and laid back with a bedside manner that most would expect a doctor to have. Another flaw of his other than his low self esteem is that he is somewhat shy and easily flustered. As the game continues however, he becomes less shy and more confident with himself and his abilities, especially after getting over his guilt from the events of his past.

Victor is briefly shown in a Newspaper at the beginning of chapter 1. The picture looks threatening, and says that Victor is a wanted terrorist. His official first time interacting with Cardia however is later in chapter 1.

No matter how you play the game Victor's first appearance is always in this chapter of the game. When you are separated from Impey a man finds Cardia, tricking her into going into an alley with him where his accomplices are waiting and they attempt to assault her. When the first man touches Cardia, this inevitably burns his skin causing him to become frightened and attempt to kill her with a knife. Before this can happen, Cardia hears a voice telling her to close her eyes and cover her ears. She does so, but despite this she is still affected by the intense light a mysterious object gives off when it hits the ground. She becomes dizzy and falls over and opens her eyes making eye contact with him for the first time.

Victor says she's safe now and that he won't harm her. Cardia asks who he is, not recognizing that Victor is the man in the paper just yet. Victor replies by saying that he can't answer yet. He explains to her that the men aren't dead and that he just knocked them out which gains Cardia's approval. Victor chuckles a bit, making a remark about how compassionate she is to worry about men who attempted to kill her. Victor then notices the gem on her chest and stares at it but quickly becomes flustered and looks away after a few moments of silence saying that it's disrespectful to stare at a woman's chest.

After this he says he'll escort her out saying that it's no place for a lady. Cardia is a bit wary since Victor is a stranger himself, making Victor become flustered again and saying that she can make an exception in this case. Cardia starts to realize that he looks familiar as he escorts her back to the main street. Victor attempts to ask her a question at this point but is interrupted by officers looking for him and coming their way. This is what makes Cardia realize that Victor is the one that was mentioned in the paper. Victor admits to it laughing a bit as he does so and then runs off taking Cardia with him, explaining another group is after her called Twilight.

Cardia asks if he's okay, seeing Victor is out of breath and he says that he's okay and mumbles to himself that her not being tired must be the gems work. When questioned further about it he waves it off and then explains to her that he has committed no crime, but also expresses doubt that she'll believe him since they only just met. Before he can explain why he is wanted however, a Twilight soldier attacks Cardia and Victor defends her using the same method he did before.

They run back into the main street where Twilight won't attack them. Cardia thanks Victor for saving her, but waves it off saying he did it of his own accord. Victor expects her to run since he is a wanted criminal but Cardia decides to stay with him, feeling like she can trust him. Victor explains that's what most people do, prompting him to become flustered and say that that isn't necessarily the case. He explains that he was falsely accused of the bombing mentioned in the newspaper and Cardia explains she's on the run to and mentions Lupin.

After Lupin is mentioned, Victor thinks for a moment and asks if she would be okay with him examining her body saying his knowledge of alchemy and chemistry may be able to help her. It is recommended that you choose the allow option so you can get more information about the gem and more dialogue this way. Cardia asks why he's going through so much trouble to help her, and he says that he thinks she can help him with something as well. He asks her to let him hide out at Lupin's mansion. Cardia explains that even though it isn't her place to say yes or no, she will take him there, thinking Lupin will most likely say yes.

The two walk to where Lupin's mansion is on Cardia's map and Victor and Cardia talk about the area and Lupin himself. In the clearing of the forest they find the mansion. Cardia is afraid Lupin and Impey will be upset with her for causing so much trouble, but Victor reassures her saying they are all probably waiting for her. The two approach the mansion and Cardia knocks surprised that the door is open and Victor goes in first. While Victor is admiring the mansion, Lupin and Impey jump out of the darkness telling Victor not to move. Instead of reacting with fear Victor just sighs saying it's a rough welcome. The two think that he harmed Cardia in some way and demand that he return her to them. Cardia yells at them to listen to her which surprises the other three but also catches their attention. She explains that Victor saved her and explains his situation and his desire to stay there with them in exchange for helping her with the gem in her body and her poison. Victor says that he is also willing to cooperate with them in anything they want him to do. This immediately causes Impey and Lupin to be less hostile and they agree to let him stay.

Not much interaction is shown between Cardia and Victor after this. Cardia is shown around the mansion more specifically the dining room and her bedroom, meets Sisi the dog with an artificial leg made by Impey and Cardia has her first encounter with Saint-Germain, the owner of the mansion they are all staying at. After this, Cardia goes to sleep and the next Chapter begins.

The chapter starts off with Victor examining Cardia's body. Lupin and Victor discuss some ways for Cardia to have more items like clothing and eating utensils. They later head to the city for a doctor. They all climb to the 5th floor of a building...he's the only one who is gasping for air, since he's not very athletic. When they meet the doctor who will treat Cardia, she asks if he's the one in need of treatment because he seems like he has "asthma." He panics as he answers "no."

Chapter 7: The Buoyant and The Bellicose Edit

Chapter 8: Nobody Understands The TruthEdit 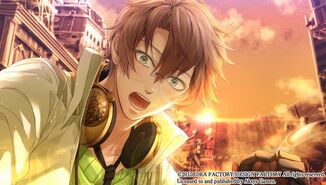 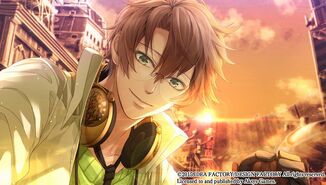 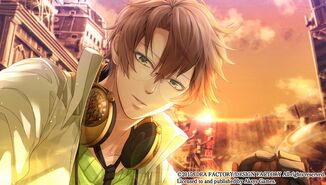 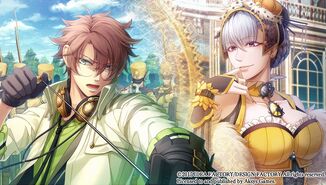 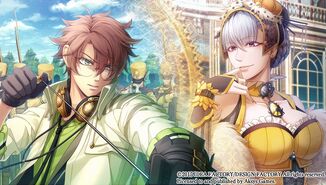 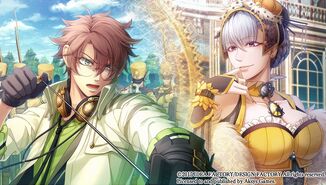 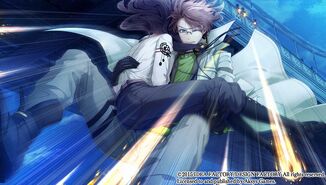 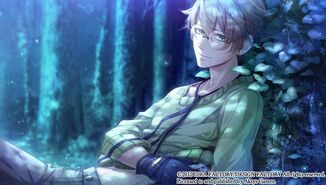 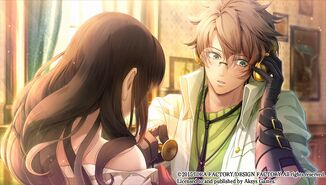 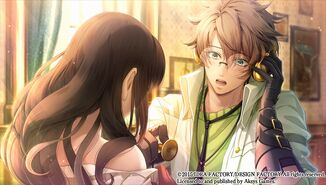 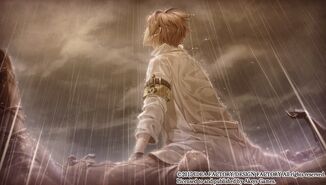 Retrieved from "https://code-realize.fandom.com/wiki/Victor_Frankenstein?oldid=5856"
Community content is available under CC-BY-SA unless otherwise noted.